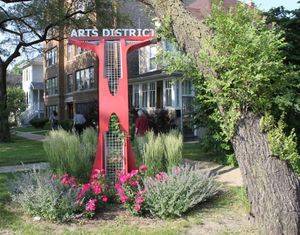 Our urban village of Oak Park, Illinois has been rated locally, regionally and nationally in the Top 10 of amazing places to live.

The Oak Park Regional Housing Center is ​grateful for support from the Village of Oak Park.
Our office is open to walk-in clients! Clients are asked to wear a mask while inside the office and when working with our staff.